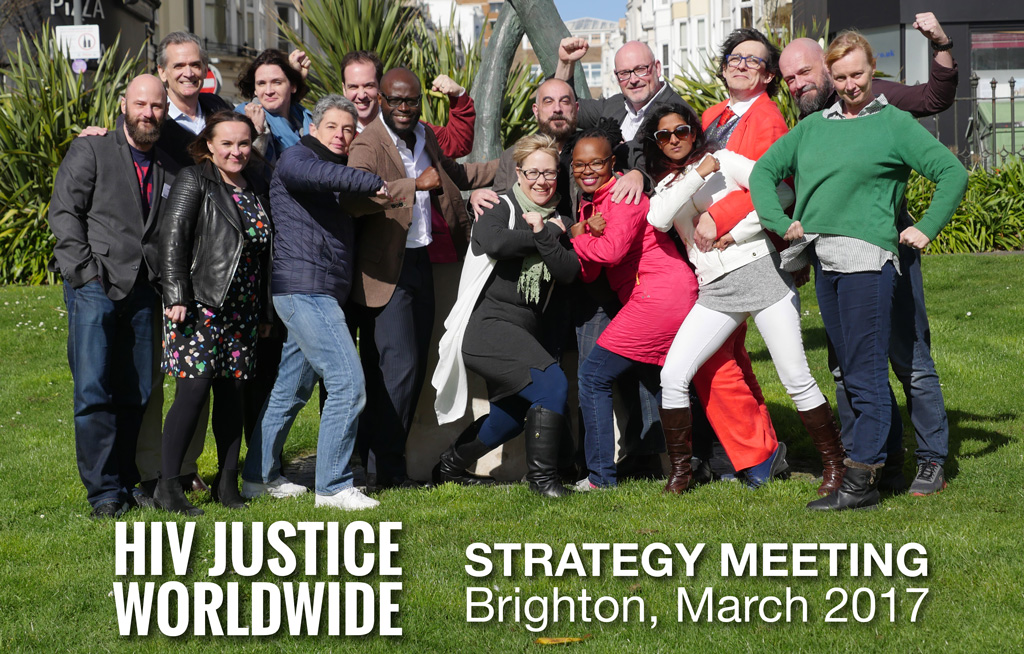 HIV JUSTICE WORLDWIDE is a growing, global movement to shape the discourse on HIV criminalisation as well as share information and resources, network, build capacity, mobilise advocacy, and cultivate a community of transparency and collaboration.

The mission of HIV JUSTICE WORLDWIDE is to seek to abolish criminal and similar laws, policies and practices that regulate, control and punish people living with HIV based on their HIV-positive status.

We believe that this HIV criminalisation is discriminatory, a violation of human rights, undermines public health, and is detrimental to individual health and well-being.

Read about the values and principles guiding our work.

HIV JUSTICE WORLDWIDE was founded in March 2016 during a meeting in Brighton, UK that was funded by a grant from the Robert Carr civil society Networks Fund.

The original seven founding partners are:

The HIV Justice Network serves as the secretariat for HIV JUSTICE WORLDWIDE, co-ordinating its various activities, including this website and the listserv.